Writing the Many Faces of Love - Part 2 Eros 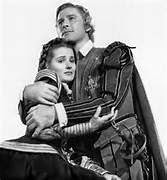 Love is a many-splendored thing, as one writer put it some time ago. And it has at least four faces. In Part 1 of this series we introduced four Greek words that are translated into our one English word "love."

You can review Part 1 by clicking down to the previous blog.

Since the controversial movie, Fifty Shades of Grey, came out last weekend, I want to zoom in on the Greek word Eros because this is the type "love" or erotica that movie presents.

To the Greeks Eros describes a carnal, raw, base, demanding passion, craving for sexual gratification at whatever cost necessary to the other partner. However, C.S. Lewis, says eros also includes romantic passion, that "soaring and iridescent feeling of being in love." He says for the Christian, this passion leads to marriage. Another writer says there is a "false sanction" of eros. The idea that "this feels so good, it must be all right" or "God surely doesn't judge this" that leads to adultery, homosexuality and other sex sins.We'll talk more about romantic passion in a later blog.

I have not read the first installment in the Fifty Shades triology by British author E. L. James, nor seen the movie and don't intend to. Others reviews suffice. My resources for the following comments include articles by J. Lee Grady, minister and columnist for Charisma Magazine, and Janet Kobobel Grant, with Books & Such Literary Agency.

Janet Grant blogged that the popularity of the Fifty Shades trilogy and the first movie will produce a groundswell of erotica to be written, published and produced. But she also says, "It's important to remember that for every trend there is a counter-trend. With erotica going mainstream, it also means more "sweet" romances will be in demand."

Now that's some good news. What do you think?

Thanks for stopping by. I look forward to your comments.
Elva Cobb Martin