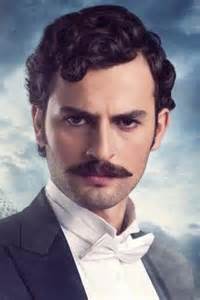 Next to my hero and heroine, I believe a good villain is very important. I chose this photo of a character who was supposedly the best friend of a hero in a NetFlix series, but really was his worst enemy, doing all sorts of wicked things to discredit and harm the hero and win the heroine for himself. I have this man and photo in mind to draw my villain for my new novel. Remembering this character will help me get my villain right. 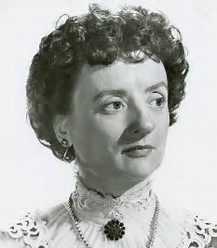 
I needed a wise voice, a dedicated Christian character, who will influence the heroine to turn to God. I chose this photo of the real Mildred Natick who played many secondary roles as a fiesty, stern, capable, big-hearted governess or housekeeper in movies. This woman is helping me draw my Mrs. Piper, the Chrstian housekeeper of my hero in my story who will greatly influence both h/h.

Here are just a few other secondary characters in my coming novel. I've found it good to have a photo to represent them, too, but won't include them here.

Emma Ducworth - Captain Ethan Becket's second cousin and a widow, pretty woman with 2-year old boy, comes with his parents to Charles Town and is interested in widower Ethan.

Danny -age 13, cabin boy on Captain Ethan's ship, he takes under his wing

I have quite a few other secondary characters and photos of them all unless their part is very small in the story.

Naming of Characters
A great help in naming my characters is  a fill-in sheet with blocks for the ABC's where I list each character's name to make sure I don't name too many characters with similar names, or starting with the same letter. This can be confusing during the writing and for my later readers.

How are you coming with your novel? Are you in the idea stage, outlining, or already writing up a storm?  Would love to hear from you, and please do share this blog on your social media for all those out there thinking about writing a novel.

In my next blog I will share how I do a fluid chapter outline to keep me moving and on target in my novel writing. Perhaps it will help you. Thanks for stopping by!