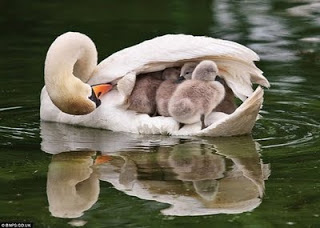 Inside Out vs. Outside In
Deep POV allows story and scenes to be experienced from the inside out rather than reported from the outside looking in.
For the most part, text is formatted the same in deep POV as in any other point of view.


Right. So what does that mean?
It means that your description and actions can be shared through the eyes and feelings and experiences—through the words—of your viewpoint character.
Instead of providing a description that comes across as cold or indifferent or distant, in the words of an uncaring or unknowledgeable narrator, use deep POV to proclaim a character’s relationship to setting or props or even other characters. Use it to reveal character personality and emotion.
Since deep POV keeps us inside a character, you’re free to use words that only this character would use in the circumstances you’ve dumped him into. Use emotion-inducing words, words that come from the character’s emotional state. Use words that arise from his background and his history.

Use words that the character knows will cause a reaction in others.

Don’t limit yourself to words and phrases an outsider would use to describe what he sees. Use words from the depths of your character. Let his frustrations fly with your word choices.
Deep POV is a great tool for stirring up conflict.

Third-person—
Leon’s dress shirt was buttoned to his throat, cutting off his air. The air that did manage to move through him was then squeezed to almost nothing by his tie—one regulation blue stripe, one burgundy.
He yanked off the tie, stuffed it in his pocket.
Penelope was watching and frowning. But he’d only agreed to wear the clothes. He hadn’t agreed to a time limit.
Third-person deep POV—
Leon yanked at the vintage buttons of the vintage dress shirt that choked him, cutting off his air and making him lightheaded. Lightheaded and angry. The blasted tie—one regulation blue stripe, one burgundy—had to go. He yanked at it too, pulled it free and stuffed it into his pocket.
So what that Saint Penelope was watching. He’d agreed to wear what she’d picked out for him.
He hadn’t agreed on a time limit.
He grinned when he caught her frown. Fifteen minutes satisfied the requirement for him. And it ticked her off.
A win-win in his book.

Choose a variety of words—nouns, verbs, and adjectives—to reveal character emotion.
Remember, too, that once we’re in deep POV, there are some words a character wouldn’t use.
A character isn’t likely to refer to a sibling as his brother Richard or to a firm he works at as Collins, Hollingsworth, Timbrall, and Dean.
Use words and phrases the character would use. And relay necessary information—that Richard is a character’s brother and that the Collins he refers to is his law firm—through other means.
Tip: Think personal rather than impersonal. Use words meaningful to the character.
____________________________________
Format for Deep POV
Yet, where third-person subjective might use italics to show thoughts, deep POV allows the writer to get rid of the italics. And since the use of italics is one more way of calling attention to the form of the words on a page rather than the meaning of the words, getting rid of italics is another way to keep readers deep in the fictional world.
There is no need for italics in deep POV, not for simply reporting thoughts. However, if a character uses I or me in his thoughts, then use italics.  Without the italics, readers could be confused or wonder why the writer had switched from third person to first.
And if a reader’s wondering about the mechanics of the format, he’s not lost in the story.

Bopping down the stairs, Ike considered his choices. He’d either have to go to Vail with Mom or Barbados with Dad, no staying at home with Paul. He stopped at the bottom of the stairs to pluck his hat from the fat knob at the end of the railing.
At least I get a choice this Christmas.
He grabbed his board and slammed the door behind him.
And I choose to bag me some beach babes.

** In the original of this article, I had also said that you should use italics if you showed a character’s thoughts using verbs in the present tense when the rest of the narrative is past tense. However, you don’t necessarily have to use italics in that instance. In deep POV you can use present tense for the viewpoint character’s thoughts (with some cautions, of course). Look for an article on this topic soon.
You should know, however, that not all agents, publishers, and readers would agree with this choice. But you will find this method being used.
An example—

Bertie tracked his wife to the no-name motel and watched as first she entered and then that loser of a gigolo knocked with an unmanly grin on his face. One knock followed by three followed by a drum roll.
And she thinks she’s getting away with this crap? Please.

Of course, that last line could have just as easily have been—

And she thought she was getting away with that crap? Please.

____________________________________
If you’ve not yet worked deep POV into your stories, I encourage you to start. Today’s readers apparently like that close relationship with characters.
Practice writing deep POV. Get into your characters’ heads and hearts, into the rhythms of their thoughts and speech, and convey their emotions and true personalities through the words you give them to both say and think.
Remember too that you are not limited to deep POV, even if it is popular. Try it, use it when it works for your stories. But step back when it begins to smother. And try a more distant approach if that fits the style of story you wish to tell.
Don’t limit yourself. But don’t be limited by others and the practices of the day either.
Go to the deep places in your writing today. Challenge yourself. Challenge your characters.
Challenge your readers while entertaining them.
Get them talking about your stories.
Write about the deep places today. Write strong fiction.
******

THANKS FOR STOPPING BY! Have you learned some things about DPOV ?  Please do share on your social media if this series has been a help to you. Just click on the small icons below.
Blessings,
Elva

Elva Cobb Martin is vice-president of the South Carolina Chapter of American Christian Fiction Writers. She is a former school teacher and a graduate of Anderson University and Erskine College. She has two inspirational novels contracted with Lighthouse Publishers of the Carolinas. Summer of Deception, a contemporary romantic suspense, and an historical romance, In a Pirate’s Debt. Both have spent time on Amazon’s 100 Best Sellers List for Women’s Religious Fiction. Decision, Charisma, and Home Life have carried Elva's articles. Jim Hart of Hartline Literary represents her. She and her husband Dwayne are semi-retired ministers. A mother and grandmother, Elva lives in South Carolina. Connect with her on her web site http://www.elvamartin.com,on Twitter www.twitter.com/ElvaCobbMartin; Facebook http://www.facebook.com/elvacobbmartin;  and Pinterest https://www.pinterest.com/elvacobbmartin
Link to her romance novels and non-fiction works on Amazon:http://amzn.to/2pOgVHI

Posted by Elva Cobb Martin, South Carolina at 9:20 AM No comments: