Seeds of the American Revolution - Part 2


The Royal Proclamation of 1763 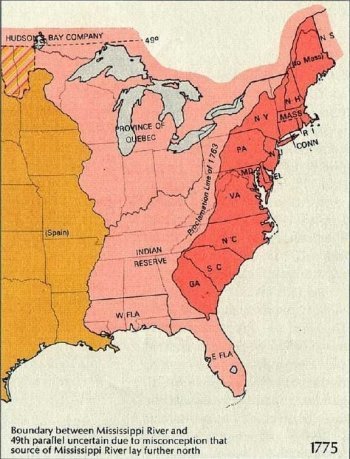 After the French and Indian War, Britain decreed the lands west of the Allegheny Mountains as Indian territory and barred settlement for two years.

The colonists protested as they wanted to continue migrating west. They felt Britain was trying to hold them back from the very lands they fought and died for and spent enormous sums of money supplying the army.

But Britain wanted to keep the colonists confined to coastal areas and easy access to govern and tax them and keep all their trade for Britain. 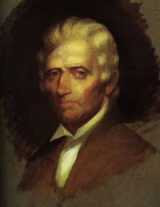 Many colonist ignored the Proclamation Line. They moved across the mountains anyway.

One famous settler was Daniel Boone. He moved his family into Kentucky and spent many years leading settlers across the mountains into the Indian territory.

Britain did not see or did not care that their American colonies were beginning to seethe with indignation and Parliament decreed more and more taxes and quartered soldiers in the colonists' homes to feed and house.

In 1765 The Sons of Liberty were formed. More about them in my next blog!

Thanks for stopping by. Have you a piece of our history to share? Hope you are enjoying digging back for the seeds of the American Revolution as we approach our nation's 243rd birthday, July 4. Please share by clicking on the social media icons below.

Elva Cobb Martin is vice-president of the South Carolina Chapter of American Christian Fiction Writers. She is a former school teacher and a graduate of Anderson University and Erskine College. She has two inspirational novels published with Lighthouse Publishers of the Carolinas. Summer of Deception, a contemporary romantic suspense, and an historical romance, In a Pirate’s Debt. Both have spent time on Amazon’s 100 Best Sellers List for Women’s Religious Fiction. She has indie published a Bible study on Amazon, Power Over Satan, on the  believer's authority in Christ. Decision, Charisma, and Home Life have carried Elva's articles. She and her husband Dwayne are semi-retired ministers. A mother and grandmother, Elva lives in South Carolina. Connect with her on her web site http://www.elvamartin.com,on Twitter www.twitter.com/ElvaCobbMartin; Facebook http://www.facebook.com/elvacobbmartin;  and Pinterest https://www.pinterest.com/elvacobbmartin   Link to her romance novels and non-fiction works on Amazon: http://amzn.to/2pOgVHI