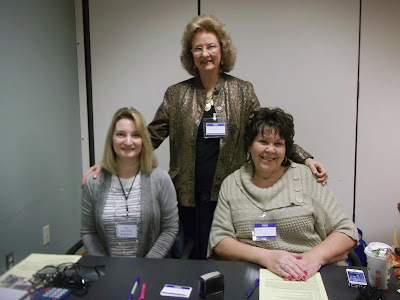 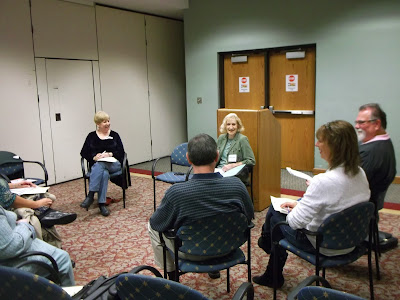 Yvonne Lehman leads her classes on plotting and editing your novel. 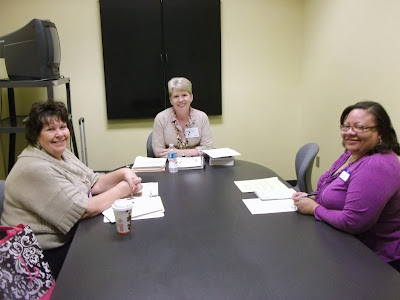 Patty Smith Hall shares how to get published with Love Inspired.

What subjects, classes would you like to see offered in our next Fiction Workshop? Do you have a favorite speaker who lives on the southeastern coast? Are YOU available to speak on certain aspects of fiction?

Thanks for dropping by and do leave a comment! Hope you have a wonderful, blessed Christmas!
--Elva Martin 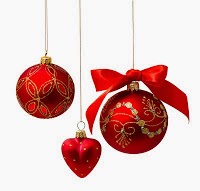 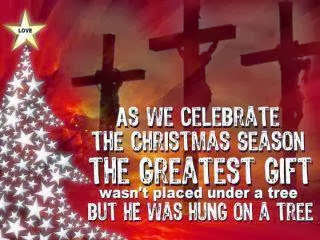 Elva Cobb Martin is a freelance writer and Bible teacher. She is president of the Upstate SC American Christian Writers' Chapter and 2014 president of the new American Christian Fiction Writers South Carolina Chapter. She has been published in Decision, Charisma, and Home Life and is currently working on an inspirational novel. She lives in Anderson, South Carolina, with her family. She can be reached through her web site www.elvamartin.com  and she blogs on the Golden Age of Piracy and other writing topics at  http://carolinaromancewithelvamartin.blogspot.com You can reach her on Face Book and Twitter @Elvacobbmartin.

How to Write a Query Letter for a Novel - Part 2

Hello! Glad you stopped by.
In Part 1 of How to Write a Query Letter for a Novel, we gave you an example of a query letter I wrote recently that received a quick reply and request for a full manuscript (ms). We promised in Part 2 to go over the parts of the query letter for a novel to an agent or editor. It's all about getting their attention. But you don't want to give them a headache or get one yourself! 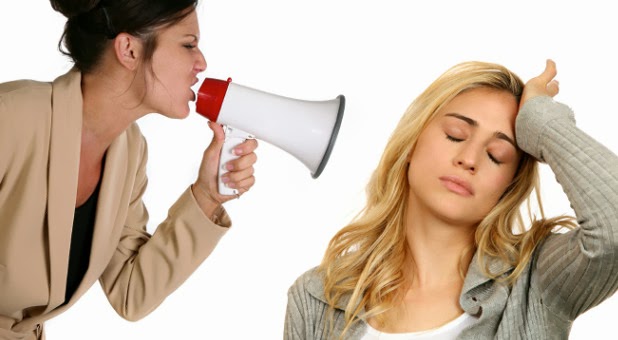 To begin with, fiction editors and agents are busy people.They like a quick view to get hold of your idea to see if it can be a fit for them. Most of them require a query to be only one page, so you have to hook them with something brief. Brief is beautiful to busy people. Here's how I do it:

Subject Line: (I like to put the agent or editor’s name I am addressing in the subject line even though the queries are often sent to a generic email address)

Romance Query to Agent _________”
(If I’ve met them at a writers’ conference I’ll start with)
Dear ____. It was good to talk with you at the ________conference. Attached is the full proposal you requested (or whatever was requested). Here is the query information I gave you. (This refreshes their memory of your book versus the many they’ve talked to)

At the top left margin I list quick facts:

Title: (in italics, of course)
Genre: (contemporary or historical or suspense romance, or mystery, or whatever)
Completed ms of ___words (Or tell when you project it to be finished and word count)
By: -- debut author so and so (or otherwise)
A stand alone or first book in a series? or leave this line blank
Email: (yours)
Home mailing address:
Web Site:
Blog:
Twitter:
Telephone No.  (I like to put this last so they find it fast to call me!) ( :
Pitch: (This is very important and will hook the editor/agent to go on or stop reading. It’s the main gist of your story in a sentence or two. Here’s a pitch worksheet that helped me get on target.)
(Your protagonist _________MUST___________________________(critical plot goal) BY______________________(conflict with the Antagonist, etc.) ONLY TO REALIZE ___________________(what the character learns about life that helps him/her change his/her goal during the journey or come to a satisfactory ending.

Jacob Marshall must avenge his father’s honor by implicating Serena Jones’ father, only to realize revenge often hurts the innocent.

Sample 2  (my pitch for my first novel, Summer of Deception)

Rachel York determines to unearth the truth about her brother's reported death by taking a position at a historic Carolina tea plantation, only to realize the truth may destroy her new found love and could even cost her life. 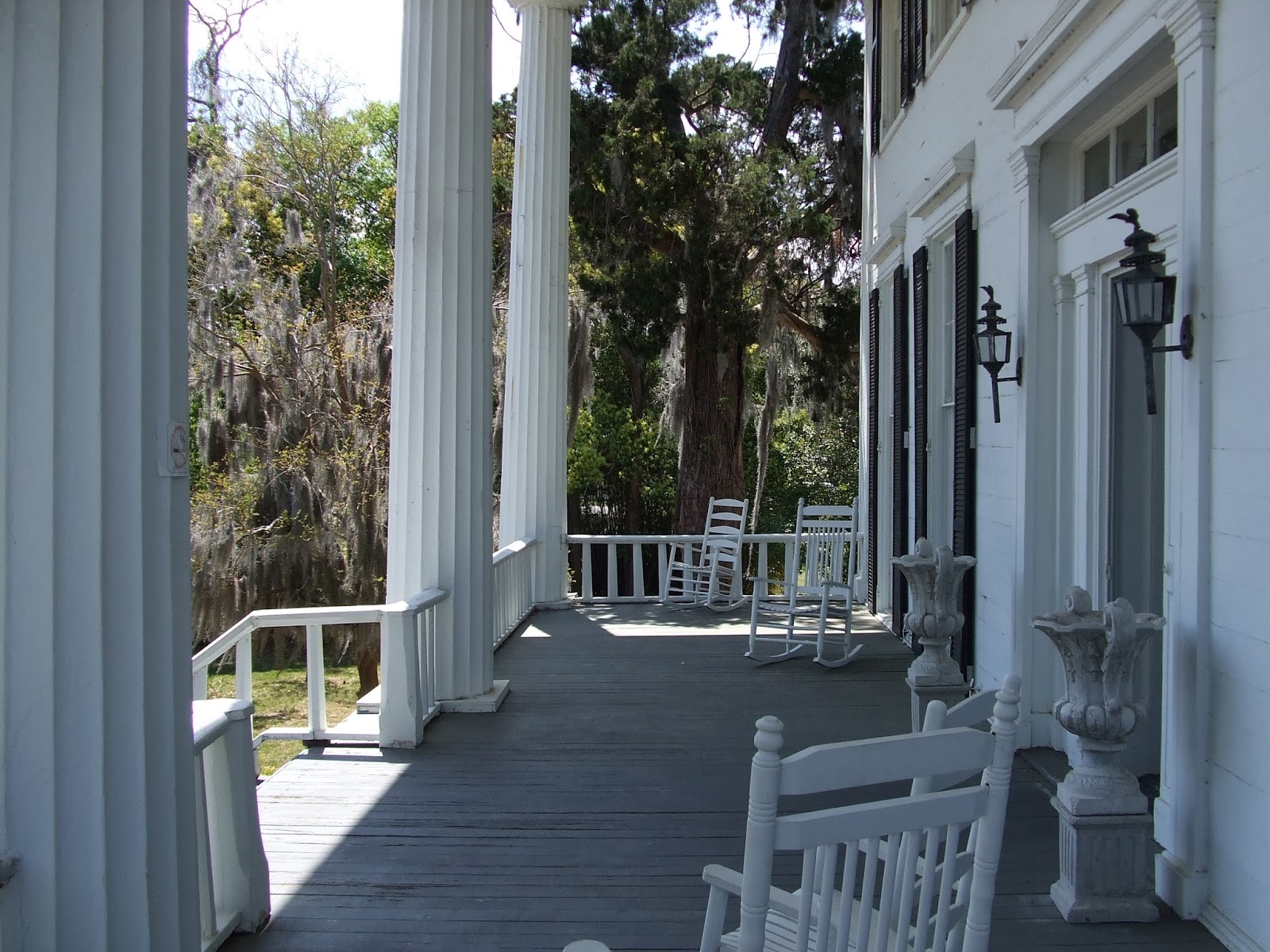 Back Cover Copy:  Is the owner of Markham Hall a man of integrity or is he part of the secret Charleston drug smuggling society that caused her brother's death?

(Here you’ll want to put something brief that will hopefully hook readers who will read the back cover before buying a book.)

Brief Synopsis: (Here is where you can expand the pitch into a good paragraph.)

Rachel York, an orphaned college girl, has no idea that love, danger, and a shocking revelation await her in Charleston, South Carolina. What can be better than spending summer taking care of a five-year-old girl on a working tea plantation? Rachel is hopeful the location will allow her to learn more about her brother's plane crash and death reported by the Charleston Drug Enforcement Administration. She arrives and discovers a handsome new widower owner, the little girl’s father. Luke Markham is a wounded hero back from the Middle Eastern conflict. He knows nothing about her job offer by his deceased uncle and looks on her with suspicion but finally gives her the position. Even with his eye patch, bitterness, and distrust, Luke threatens to capture Rachel’s heart until the night she discovers evidence he may be involved in coastal drug smuggling. Can Rachel’s faith survive the tests of deception and danger? Can Luke find faith again? After all the deception is unraveled, and Rachel learns the truth about her brother, can she and Luke find a love as strong as the tides renewing Markham Hall’s beaches and as enduring as the Camelis tea bushes planted in its heartland? (I tell the full ending if a long synopsis is requested with the first three chapters or full ms.)

Marketing Strategies: (all authors are expected to do marketing today)

I am building readership and friends by social networking on three blogs, a web site, face book, and Twitter; by leading writers’ groups; and by obtaining bylines with articles.  I hope to have a virtual book tour and produce a trailer. Other marketing plans include speaking engagements, book signings, TV and radio interviews, endorsements, and obtaining influencers who will write reviews for Amazon and other Internet sites as I have done for author friends.

Brief Bio: (Here is where you need your best bio in 100 words or less)

Elva Cobb Martin is president of the South Carolina Chapter of American Fiction Writers. She has taught school but now devotes her time to freelance writing, leading an Internet prayer ministry, and ministering as a guest speaker. Her articles have been published in Decision, Charisma, Home Life, Mature Living, and The State Magazine. She and her husband of forty years are the parents of a law officer son and a wonderful six-year-old grandson. They live in Anderson, South Carolina, and are active in a local congregation.

Final Sentence:    (Let the agent/editor know if this query is a simultaneous submission, which queries can often be, but not full ms. Check their guidelines.)

This is a simultaneous submission in seeking representation (or publication). I appreciate your consideration.
Sincerely,
Elva Cobb Martin
*********************
Does the above help you write a query for a novel? Do you have suggestions for improvement?
Elva
Elva Cobb Martin is a freelance writer, Bible teacher, and grandmother. She is president of the American Christian Fiction Writers new South Carolina Chapter. She has been published in Decision, Charisma, and Home Life. She is currently seeking representation for her inspirational romance novels. Elva lives in Anderson, South Carolina, with her husband Dwayne. You can contact her by leaving a comment on this blog or through her web site at www.elvamartin.com, or on Facebook or Twitter @Elvacobbmartin.
Posted by Elva Cobb Martin, South Carolina at 4:03 PM No comments: