Angels played a big part in the Bible and will play an even greater part in the last days of history. I believe in angels, the good and the bad and have seen activities of both. 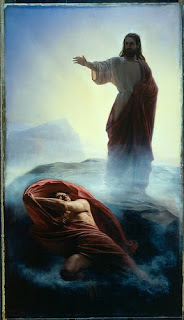 Right at the start, let me assure you, that Jesus Christ has totally defeated Satan and the bad angels and given us the authority to do the same for the time they have left to operate on earth!

As a review of Part 1, we shared that the Bible reveals two types of angels:

We briefly covered three types of good angels the Bible describes for which we can be most thankful:
Today we want to explore what the Bible says about Satan and the one third of God's angels that joined him in rebellion against the most High God. We see this story described in the book of Ezekiel


14 "You were the anointed cherub . . .
You were on the holy mountain of God . . .
15 You were perfect in your ways from the day you were created, till iniquity was found in you. . . And you sinned;
Therefore I cast you as a profane thing out of the mountain of God; NKJV