What Inspired Me to Write Summer of Deception? - My First Novel 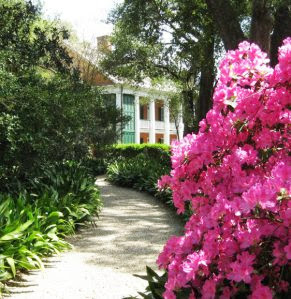 I came up with the idea of writing Summer of Deception while visiting Boone Hall Plantation in Mt. Pleasant, near Charleston, S.C. That same trip I visited Charleston Tea Plantation on Wadmalaw Island south of Charleston.

Part of the plot motivation came from an old series of newspaper articles about the Low Country "Operation Jackpot" drug bust and trials in the mid-1980's, organized by then U.S. Attorney Henry McMaster (now the current governor of South Carolina). Several wealthy, educated Carolina Low Country people were indicted for participating in South American drug drop offs at the secluded docks of their island hideaways.

I knitted all this together and came up with an exciting, inspirational romantic suspense between the current tea plantation owner, a wounded, bitter, Marine veteran, and a young Yankee nanny who arrives at the plantation (unexpectedly) for the summer job promised by the owner's deceased uncle. 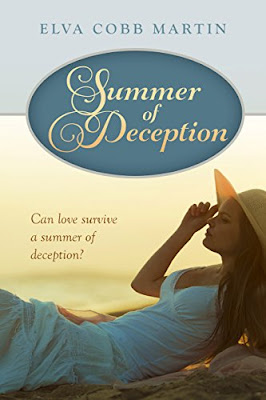 Rachel York falls for the handsome special ops veteran, but soon uncovers evidence he's involved in drug smuggling from his coast line which her deceased DEA brother gave his life to investigate. Luke Barrett falls for her, too, but ends up with serious suspicions about her and why she really came to Charleston.  And yes, she has a secret reason she came to Charleston--seeking the truth about her missing DEA brother who worked out of Charleston!

It all adds up to a crackling...summer of deception. Here's the trailer:
http://bit.ly/2D8Zzg1

If you love romance, the South Carolina Low Country, and southern plantations, you will enjoy reading Summer of Deception. Find it here on Amazon https://amzn.to/2Mh4gbl

Blessings on your summer,
Elva Martin

Elva Cobb Martin is Vice President of the SC Chapter of American Christian Fiction Writers. She is a former school teacher and a graduate of Anderson University and Erskine College. She has two inspirational novels published with Lighthouse Publishers of the Carolinas. Summer of Deception, a contemporary romantic suspense, and an historical romance, In a Pirate’s Debt. Both have spent time on Amazon’s 100 Best Sellers List for Women’s Religious Fiction. She has indie published a Bible study on Amazon, Power Over Satan, on the  believer's authority in Christ. Decision, Charisma, and Home Life have carried Elva's articles. She and her husband Dwayne are semi-retired ministers. A mother and grandmother, Elva lives in South Carolina. Connect with her on her web site http://www.elvamartin.com,on Twitter www.twitter.com/ElvaCobbMartin; Facebook http://www.facebook.com/elvacobbmartin;  and Pinterest https://www.pinterest.com/elvacobbmartin   Link to her romance novels and non-fiction works on Amazon: http://amzn.to/2pOgVHI