In research for my current historical series, I've run across some interesting facts about the events that led up to our American Revolution.

The passage of the Molasses Act of 1733 by the British Parliament is one of these.

Can you believe some historians believe it was not anger about tea that started the seeds of revolution growing in the American colonies but anger about rum--made from molasses. Personally, I would like to stick with tea.  But some facts do suggest rum.

Molasses was the main raw ingredient for the manufacture of rum. It was cheaper than refined sugar, and it was used as a general sweetener in colonial days.

The making of rum was a huge industry in the colonies in the early 1700's. We are told it was consumed at a rate of four galleons a year for every man, woman and child in the 1730's, and Boston along produced more than a million gallons of rum a year.

Molasses, which I like on a hot biscuit, is a by product of sugar cane after it is boiled and distilled into sugar crystals. The Molasses Act placed a heavy tax on this product when bought from any foreign power other than the British sugar planters in the Caribbean. But the Spanish and French planters there sold the product cheaper and had more to sell to the colonists. Also these nations were a great export market for the colonists' lumber, fish, cheese, flour, barrels, and horses.

Because of the Molasses Act of 1733 and its heavy tax, smuggling 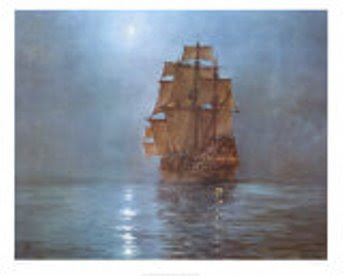 prospered. The colonial merchants developed trade routes and rendezvous points with French, Dutch, and Spanish traders. Huge fortunes were made by shipping tradesmen, including, some believe, Boston merchant, John Hancock. Thirty years later, his smuggling ship called the Liberty, was detained by the British and became one of the triggers of the Boston Tea Party.

How did The Molasses Act of 1733 start seeds of revolution growing? Because it encouraged the development of  an attitude of resistance toward unpopular laws passed by the British parliament governing the colonial population. This attitude would soon distill into righteous anger over "taxation without representation."

I give credit for information in this blog to the Revolutionary War and Beyond site you can find at http://www.revolutionary-war-and-beyond.com

Thanks for stopping by. Have you enjoyed hearing about this "seed" of our American Revolution? I'm sure molasses on my biscuit or toast or in recipes will taste even better now with all these facts! Please do share by clicking on the  small icons below.

Elva Cobb Martin is vice-president of the South Carolina Chapter of American Christian Fiction Writers. She is a former school teacher and a graduate of Anderson University and Erskine College. She has two inspirational novels published with Lighthouse Publishers of the Carolinas. Summer of Deception, a contemporary romantic suspense, and an historical romance, In a Pirate’s Debt. Both have spent time on Amazon’s 100 Best Sellers List for Women’s Religious Fiction. She has indie published a Bible study on Amazon, Power Over Satan, on the  believer's authority in Christ. Decision, Charisma, and Home Life have carried Elva's articles. She and her husband Dwayne are semi-retired ministers. A mother and grandmother, Elva lives in South Carolina. Connect with her on her web site http://www.elvamartin.com,on Twitter www.twitter.com/ElvaCobbMartin; Facebook http://www.facebook.com/elvacobbmartin;  and Pinterest https://www.pinterest.com/elvacobbmartin   Link to her romance novels and non-fiction works on Amazon: http://amzn.to/2pOgVHI