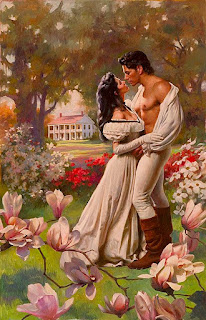 The first kiss between my hero and heroine is a vital scene in a romance novel. I work on this scene diligently, refining, adding the five senses, and other details to make the scene come alive.

The follow up, reaction/response, scenes to the kiss from the POV of both hero and heroine are also important in a romance.

Here's an excerpt of the first kiss from my current wip, Marisol. It takes place in Chapter 10 --but remember we've had at least two "almost" kisses before this to show the mutual attraction of the h/h.

We pick up the story after Marisol has danced the flamenco with an Andalusian stallion accompanying her. She has unfortunately attracted the powerful Viceroy of Grenada who thinks she danced it for him. In reality she danced it for the hero, Ethan.

Ethan caught up with her at the stairs as she started up. “Marisol, wait I want to talk to you.”
She didn’t look back but nodded and he followed up two more flights to a secluded landing near the chapel. When they were alone and no sound of the dance below reached their ears, she turned to face him. Shock rolled over him to see tears overflowing her lovely eyes. She lowered her head from his intense stare.
“What is wrong?” He took her by the shoulders and forced her to look up. “Did that man, that viceroy or whatever he was, say or do something untoward to you?” Heat flushed through him at the thought.
***
Through her tears she couldn’t control, Marisol looked at Captain Ethan Beckett, currently Father Garcia in his brown robe that hardly hid his muscular form or camouflaged his strong tanned hands now gripping her. His manly scent laced with spice enveloped her. She blinked, but still the salty flow gushed out. She couldn’t speak, at least not what her heart wanted to admit—that the Flamenco dance was done for him, with only him in her heart, and that she hated he was not her partner on the dance floor moments earlier. But it had gone awry. The Viceroy of Granada, a man her aunt had told her was the most powerful man on the Spanish Main, had somehow thought her flamboyant dance was especially for him. She had attracted a man she never dreamed of attracting, and she had no idea how to deal with the situation. Worst of all, he reminded her of Diego Vargas.
Finally, she found her voice, though hoarse. “No, he didn’t do anything…to me.” She looked into Ethan’s intense gray eyes, filled with compassion for her—was it compassion or something else?
A sudden desire possessed her to speak the truth to this man she so admired and respected. “I did the Flamenco for you, Ethan, only you, not this, this viceroy, who seems to think I danced for him.” Had she spoken the words or only thought them?
Something like a light came on in his gray eyes. He drew her to him and raised her chin with his thumb. He perused her face, setting her heart afire. When he kissed away the tears, she began to tremble. Slowly, like a sleepwalker, he bent and touched her lips with his own. Her eyes closed of their own accord. The next instant he crushed her to him and his lips possessed hers with desire and urgency. Never had she known such a kiss. Fireworks exploded in her mind and body. Just as suddenly he pulled away from her and held her at arm’s length. Had he not gripped her shoulders tightly, her knees would have folded. He spoke one word.
“Marisol.” He started to release her but caught her before she fell. “I should not have done that. I would never take advantage of you. Will you forgive me?”
Her whispered words surprised him.
“I don’t regret it.”
“You don’t?” Now a smile tugged at the corners of his thin lips that had so recently set hers aflame.
She leaned against the wall, took a deep breath and dared to look into his grey eyes,  smoldering in intensity. “Do you?”
A grin lit up his tanned face, parted his beard and revealed even white teeth. “Well, I daresay there’s not another priest on the Spanish Main who would be here, not only not regretting it, but wishing to do it again.” He reached for her.
She laughed and pushed him away. “I must go check on Samuel.”Thank God for simple tasks that could suspend the crackling tension between them. She started to move around him. He encircled her again in his arms and leaned to whisper in her ear. “I will not forget this, or you, Marisol. One day…” He hesitated and drew in a ragged breath. “But for now we must be very careful that no hint of what has happened here today is revealed on our faces or by our words.” He lifted her chin. “Do you understand?”
“Yes.” She saw his eyes move to her lips, and she ducked under his arm and started back down the stairs. She held onto the railing, not yet trusting her legs to hold her. His whispered goodbye followed her.
*** 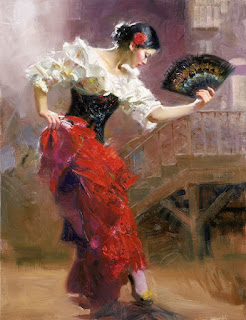 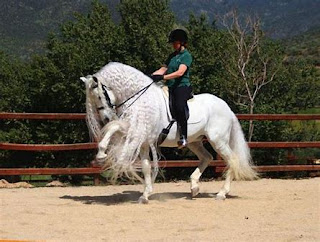 Thanks for stopping by. Do you have any refining comments on this scene? I'd love to have them. Please do share this blog on your social media by clicking on the small icons below.
Blessings,
Elva