Getting the First Page Right--Hopefully

Recently I took the first pages of my wip, Spanish Captive, for critiquing to a writers' group hosted by Yvonne Lehman in Black Mountain, North Carolina. The writers present had some great advice. I think. I also did the same for our ACFW-SC Chapter meeting the following week. Diana Flegal in Yvonne's group suggested I start the first page with a particular sentence that I had in the middle of page 2. So, when I took the same pages to the ACFW-SC critique group, I rewrote the first page, as an alternate option, beginning with that sentence. Every member of the ACFW-SC critique group agreed that the second beginning with this new opening was best.  Here are the two pages. What do you think? 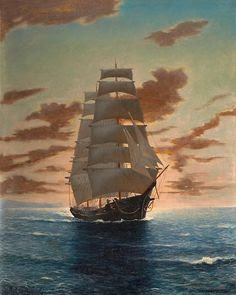 Hidden deep in the ship's hold, Seema Valentin rocked her sleeping charge on her lap. If only she could keep two-year-old Joshua quiet and their presence secret for a few more hours. Once they were well out to sea, surely the captain and Lucas Barrett would not turn back to Jamaica. Would Captain Wentworth be furious she’d stowed away with his son?
Reverend Ethan Wentworth, now Captain Wentworth of his own ship, a French merchantman. Just thinking her indentured master’s name, not to mention his new status, caused Seema’s heart to jump against her ribs and her breath to catch. But the next moment, moisture gathered in her eyes and her shoulders curled. Her secret past weighed like a sack of stones upon her back.
The child whimpered and awoke.
Shaking aside her troubled thoughts, Seema looked down into the bright eyes of the toddler, his rosy face a perfect blend of his deceased mother’s and Reverend Wentworth’s. He had Hannah Wentworth’s fair skin and oval face, but his father Ethan’s startling pewter eyes, wide forehead and curly chestnut hair. Having been the child’s nanny since he was a newborn, Joshua seemed like her own.
“Good morning, little man,” she whispered and kissed him on the cheek. “We’re on an adventure with your father and Mr. Barrett. You’re on a real ship. Your father’s own ship, as a matter of fact. Feel the movement? Hear the waves lapping the hull? Isn’t it wonderful? You’ll get to be with your father every day.”


And so will I. But what chance would a soiled piece of goods like her ever have with a man like him?

Ethan Wentworth had been gone six months and seemed changed in many ways.
Cloaked in the early morning shadows of the cemetery, Seema Valentin watched him place flowers on his wife's grave. Her heart hammered against her ribs so hard, she feared he might hear. He’d left Charles Town as the grieving minister of the small Presbyterian Church. He had returned as a privateer captain of his own ship.
His bronzed face and thicker arms and torso only hinted at the greater change Seema sensed in his heart. How had he become what many would call a pirate?
Ethan turned and Seema shrank behind a monument. But he saw her.
“Seema.” His deep voice rooted her bare feet in the dew-laden grass.
He walked toward her. “I’m glad you followed me. I have something to tell you.”
Trembling, she looked into his pale grey, almost pewter, eyes. He stood a head taller than she.
“You must know how much I appreciate—and Hannah appreciated—your care for our Joshua these past two years.”
She nodded and heat climbed up her neck at his closeness. A scent of sea, leather and spice tantalized her senses.
“However, my parents are immigrating to Charles Town, and Cousin Emma is coming too.They will take over Joshua’s care.”
Joshua. His child she'd cared for since a newborn. Her heart fell to her feet and the blood drained from her cheeks. What was he saying?
He searched her face and hesitated. Then he laid a broad, warm hand on her shoulder. “But in no wise are you to fret about your future. I’m going to grant you freedom from any indentured obligation, and I'll also help you return to your home and family. Wherever that is.”
Seema averted her face and tried to swallow, but her throat had gone dry. She could never return home.

Which beginning do you like best and why? Would love to hear your comments. This book is actually Book 2 in a series.