Slipping out of POV - How to STOP Doing It

I've just gone through line edits on my latest novel Marisol (to be launched on Amazon for pre-sales August 16 and released in November 2019). One of the things that cropped up was my slipping out of the POV character's head. Below is a great article about this. Hope you enjoy it! --Elva

Stepping Out: A Look at Point of View Shifts 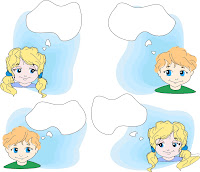 
We always hear that if you slip out of POV you run the risk of jarring the reader out of the story. But is this really true? Surely we read published books that slip out of POV all the time? How can we spot slips in POV? Particularly in third person.

You have the super obvious shifts, where the reader is privy to more than one character’s thoughts and perspective in the same scene (or worse, the same paragraph):


John glanced down at his phone. Where r u? floated on the screen. Couldn’t that woman leave him alone? Stacy was his wife, not his parole officer. Stacy didn’t think so, and she waited with phone in hand, anxious for John to text her back. Why hadn’t he answered?

Feel that sudden yank there in the middle? Didn’t you think “Stacy didn’t think so…” was John’s opinion of her at first, then all of a sudden you were in Stacy’s head. This is a pretty bad POV shift, often referred to as “head hopping” because you’re jumping from head to head.

To keep the reader centered on the POV, you want to stick with one POV per scene or chapter. When you switch POVs, break the scene and start a new one.

Let’s look at the sneakier ones now:


John smiled at me, then reached over to brush dried leaves off my shoulder.

Can you spot the shift? The “to” implies motive, which the narrator couldn’t know until John actually brushed the leaves off her. There’s a good chance she hadn’t even known the leaves were there, so having that info is also a shift. Changing “to” to “and” shifts this back in to the narrator’s POV. She sees John reach over, and sees him brush leaves off her shoulder. Both are observable actions by the POV.

“To verb” is something that gets in there all the time, and yes, you see it in plenty of published books. Why if it’s a POV shift? Because there’s an inherent “the narrator knows the story and what happened” aspect to novels. Most people won’t even notice it because it’s so subtle. And like many inconsistencies in writing, not everyone will consider this a shift at all, because a farther narrative distance might allow for motive to be assumed. It’s the writer’s call on this one.


John smiled at Lola, then reached over to brush dried leaves off her shoulder.

From this line it’s impossible to tell who the POV is, though oddly enough, both are shifting out of the POV. If John is the POV then it pulls back to the author telling motive (not showing it). If Lola is the POV, it’s a POV shift because just like in first person, Lola can’t know why John reaches for her.


I bumped into John outside the market. He looked at me and frowned, noticing the baby puke stain on my shirt.

The narrator can’t know what John notices. She can only see him look at her and frown. But here’s where it gets a little tricky. You could have something like…


I bumped into John outside the market. He looked down at the baby puke stain on my shirt and frowned.

If the narrator knows she has a stain on her shirt, it’s quite plausible that when she sees John look down at that area of her body he’s looking at the stain. The narrator observes an action and can guess the reason for it. That keeps the judgment of that action squarely in the POV’s head. If Lola didn’t know she had a stain, then the above example would have been a shift.


Lola bumped into John outside the market. He looked at her and frowned, noticing the baby puke stain on her shirt.

You can also shift if you have your POV character noticing their own appearance or actions as an outside observer would.


Lola reached for the baby wipes just as the hot new stock boy came down the aisle. Her face turned bright scarlet.

This is another shift that not everyone would call a shift (and depending on your narrative distance, it might not be.) But if we’re inside Lola’s head looking out, she can’t know what color her face is. She can feel the heat of blushing, she can guess or assume her face turned scarlet, but she can’t know it. She doesn’t see it. You could also consider this telling as well, shifting out of Lola’s POV into the author’s. You can put it back in her POV by showing what she does, feels, and thinks:


Lola reached for the baby wipes just as the hot new stock boy came down the aisle. Her face flushed hot. Was it bright red? Gads, what if he saw her like this?


“To verb” is easy to search for and you’ll eliminate a lot of smaller shifts if you revise, in many cases, just using “and” instead. Other things you can look for:
It’s really up to the writer to decide how fanatical they want to be about subtle shifts (head hopping is a no-no). The tighter the POV and the closer the narrative distance, the more the shift affects how the text reads. The farther the narrative distance, the more acceptable a slight shift is because there’s another layer between reader and POV. There’s a sense that someone is relaying the info and they could know things the POV doesn’t.

Just think about what your POV can see/hear/smell etc. If it’s not something that falls within their senses, there’s a good chance they wouldn’t know about.

How do you handle searching for POV shifts? What words or phrases have you noticed frequently popping up?

A long-time fantasy reader, Janice Hardy always wondered about the darker side of healing. For her fantasy trilogy The Healing Wars, she tapped into her own dark side to create a world where healing was dangerous, and those with the best intentions often made the worst choices. Her novels include The Shifter, Blue Fire, and Darkfall from Balzer+Bray/Harper Collins. The Shifter, was chosen for the 2014 list of "Ten Books All Young Georgians Should Read" from the Georgia Center for the Book. It was also shortlisted for the Waterstones Children's Book Prize, and The Truman Award in 2011.

Janice is also the founder of Fiction University, a site dedicated to helping writers improve their craft. Her popular Foundations of Fiction series includes Planning Your Novel: Ideas and Structure, a self-guided workshop for planning or revising a novel, the companion Planning Your Novel Workbook, Revising Your Novel: First Draft to Finished Draft, your step-by-step guide to revising a novel, and the first book in her Skill Builders Series, Understanding Show Don't Tell (And Really Getting It).
Website | Facebook | Twitter | Pinterest | Goodreads | Amazon | Barnes & Noble | iTunes | Indie Bound

Email ThisBlogThis!Share to TwitterShare to FacebookShare to Pinterest
Hope you enjoyed this guest blog. Would love to read your comments and please do share this by clicking on the small icons below.
Blessings,
Elva

Elva Cobb Martin is Vice President of the SC Chapter of American Christian Fiction Writers. She is a former school teacher and a graduate of Anderson University and Erskine College. She has two inspirational novels published with Lighthouse Publishers of the Carolinas. Summer of Deception, a contemporary romantic suspense, and an historical romance, In a Pirate’s Debt. Both have spent time on Amazon’s 100 Best Sellers List for Women’s Religious Fiction. She has indie published a Bible study on Amazon, Power Over Satan, on the  believer's authority in Christ. Decision, Charisma, and Home Life have carried Elva's articles. She and her husband Dwayne are semi-retired ministers. A mother and grandmother, Elva lives in South Carolina. Connect with her on her web site http://www.elvamartin.com, Twitter www.twitter.com/ElvaCobbMartin; Facebook http://www.facebook.com/elvacobbmartin;  and Pinterest https://www.pinterest.com/elvacobbmartin   Link to her romance novels and non-fiction works on Amazon: http://amzn.to/2pOgVHI

Posted by Elva Cobb Martin, South Carolina at 5:30 AM No comments: