Creating a Hero Part 4 - Man of Steel and Velvet 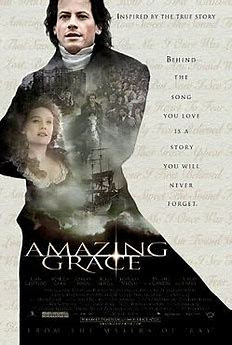 My definition of  a man of steel and velvet is one who may have great physical and mental attributes, but who also has received Jesus Christ as his Lord and Savior. And everything in his life is influenced by this relationship and his love for God's Word.

William Wilberforce (played by Ioan Gruffudd in the movie, Amazing Grace) was a definitive man "of steel and velvet."
This one man's passion and perseverance changed the world. His courageous quest ended the Trans Atlantic Slave Trade in the British Empire in May, 1807, in England, and in the U.S. in January, 1808. (Then our Civil War followed in 1861 to bring freedom to the slaves already here.)


Our Bible has several heroes who might fit this bill. Some of my favorites are Joseph, Gideon, and a lesser known one, warrior Jephthal, who was born of a prostitute and turned out of the family by his half siblings. But in war they ended up begging him to return to lead them in battle. His prayers for God's guidance are recorded in Judges 11-12.

Aubrey Andelin authored the book, Man of Steel and Velvet. He lists six qualities of steel and six velvet qualities of men. Find it on Amazon here https://amzn.to/2jObsyV

These 12 characteristics are great to consider when building our memorable heroes.


Andelin says the steel side of a man makes women and children feel secure.
Arouses admiration of all. Makes a woman feel womanly.

The author says the velvet side of a man promotes good human relations among people and awakens love in women and children.


I believe only a man who has chosen to be led by God's Holy Spirit can hope to excel in these characteristics.

Our culture vitally needs to be reminded of these qualities as some  increasingly work to erase man's masculinity, blur the roles of men and women, and redefine the family.

Who is your definitive "man of steel and velvet?" History, movies, and novels evidence quite a few. Some of us even have the great pleasure of being married to one. ( :

Thanks for stopping by. Have a blessed Mothers' Day, all you dear mothers and grandmothers.

Here's a pic of one man of steel and velvet--and a little "steel and velvet" growing up. (Our  Christian law officer son and grandson we'll be seeing this weekend.) 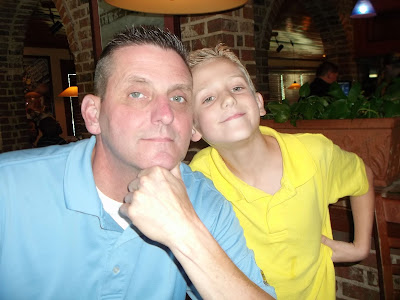 We've covered several characteristics of great fictional heroes and today we'll look at Horatio Hornblower, the wonderful British Royal Naval officer during the Napoleonic Wars era created by C.S. Forester. The eleven-volume Hornblower Saga follows an English seaman, Hornblower, as he rises from Midshipman to Admiral in England's Royal Navy. This historical series and hero has thrilled generations and become the subject of films,radio and television programs. I'm told even Winston Churchill read these novels on his way to Royal Navy meetings during WWII. 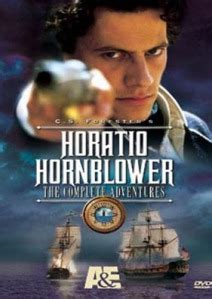 So what has made Horatio Hornblower a great hero to so many?

Having read the books, listened to audio, and seen movies of several in this series, my first thought is that here is a man who possesses all the other qualities of heroes we've talked about but adds certain other interesting qualities.

1) He is man of the strongest principles, especially those relating to British Royal Navy Protocol

In the West Indies Admiral Hornblower is suspicious that the American ship Daring has been hired by Napoleonic former soldiers and supporters to rescue Bony from his St. Helena island prison.

That was an important point, a very important point. Daring had an ostensibly legal errand, and she flew the Stars and Stripes. He (Hornblower) could think of no excuse for taking her into port for examination. His instructions had been very strict regarding the treatment of the American flag.

So the during the rest of the book Hornblower chases the Daring to stop her rescue of Napoleon, but he does not cross British protocol in doing so. This brings up the next unusual quality possessed by this hero.

Hornblower has confirmed the French captain of the Daring is on a secret mission to rescue Napoleon from St. Helena Island but how can he stop him without firing on the American flag and causing an international incident? He comes up with the Big Lie (at least he thinks it is a lie). He apprehends the much larger ship, the Daring, and goes aboard. The French Captain, who is also a Count, has to allow him aboard and show him proper honor as he is the English Admiral of the West Indies. Here's the amazing dialog.

"Ah Count Cambronne," said Hornblower, (to the French captain) and then made himself speak French. "It is a pleasure to meet you again."
"And to what do I owe this pleasure, milord?" asked Cambronne. He was standing very stiff and straight, his cat's-whisker mustache bristling out on either side.
"I have come to bring you the very worst of news, I regret to say," said Hornblower. Through many sleepless nights he had rehearsed these speeches to himself. Now he was forcing himself to make them naturally. "And I have come also to do you a service, Count."
"What do you wish to say?"
"Bad news."
"Well?"
"It is with the deepest regret, Count that I have to inform you of the death of your Emperor."
"No!"
"The Emperor Napoleon died at St. Helena last month. I offer you my sympathy, Count."
Hornblower told the lie with every effort to appear like a man speaking truth.
"I received the news two days back in Port of Spain," said Hornblower. "In consequence, I cancelled the arrangements I had made for the arrest of this ship."

Hornblower suffered mentally by telling this lie because the Count would not believe him until he gave his word of honor as a gentleman. But he did give it, believing it was for the peace of the world in peril from a renewal of the deadly war with France they had just won. And the Count believed him and called off his mission. In the next port, Hornblower learns the shocking news that Napoleon had, indeed, died on St. Helena three weeks earlier. He recouped the honor of his word.

3) Though a mighty warrior who will give the enemies of England no quarter, he is still a compassionate forever true lover of Lady Barbara and needs healing of jealousy of her first husband.

In the last volume of the Hornblower series, Admiral Hornblower in the West Indies, he has finally married Barbara when she became a widow after her arranged first marriage. Something she says to him, when death seems imminent for their whole ship during a hurricane, heals his old jealousy.

She not merely said that she loved him; she had said she had never loved anyone else. Hornblower, huddled on the deck of a waterlogged ship with a hurricane shrieking round him, was suddenly aware that an old hurt was healed, that he would never again feel that dull ache of jealousy of Barbara's first husband, never, as long as he lived.

4) He is a great leader of men who will follow him to prison and even to death. . .

In most of the Hornblower books the reader sees this heroic characteristic carried out in many situations.

Don't miss the next part in this series as we hone in on "The Man of Steel and Velvet." --Heroes, who not only display most of the characteristics we covered so far, but who also have a life-changing, empowering, relationship with Jesus Christ.

Thanks for stopping by. Would love to read your comments, and please do share this blog by clicking on the small icons below.

Elva Cobb Martin is vice-president of the South Carolina Chapter of American Christian Fiction Writers. She is a former school teacher and a graduate of Anderson University and Erskine College. She has two inspirational novels published with Lighthouse Publishers of the Carolinas. Summer of Deception, a contemporary romantic suspense, and an historical romance, In a Pirate’s Debt. Both have spent time on Amazon’s 100 Best Sellers List for Women’s Religious Fiction. Decision, Charisma, and Home Life have carried Elva's articles. Jim Hart of Hartline Literary represents her. She and her husband Dwayne are semi-retired ministers. A mother and grandmother, Elva lives in South Carolina. Connect with her on her web site http://www.elvamartin.com,on Twitter www.twitter.com/ElvaCobbMartin; Facebook http://www.facebook.com/elvacobbmartin;  and Pinterest https://www.pinterest.com/elvacobbmartin