Do These Openings Draw You Into the Story?

This busy summer is proving difficult to keep at my normal writing speed. July in South Carolina is very hot, and this year, also humid. I seem to keep a film of perspiration down my back with minimal activity, even with good A/C. (Notice we southern belles DO NOT sweat. We perspire.) LOL

BUT I WILL NOT GIVE IN OR UP whether sweating or perspiring! Today I am going to give you a breakdown of what I am working on and some openings. Taking stock like this, keeps my writing goals from wilting in this summer heat. Jerry B. Jenkins says even if you can't write at the moment, keeping your goals in mind will make your subconscious work on your project while you're trying to get back to it.

Here are my three current projects, two fiction, one NF:


1) An inspirational historical romance series set in the 1700's. I have completed the first draft of Book 1, Marisol, at 50,000 words and am starting back on the polishing which should raise the word count to about 70-75,000. I write my first drafts pretty fast to get the main plot points down, including the ending, then I go back and spit polish adding extra research and description before final editing. 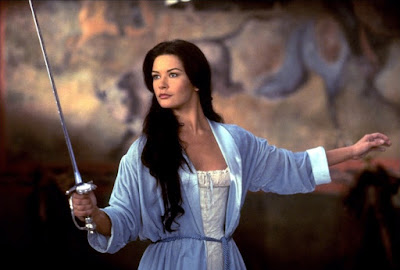 Marisol Valentin pressed her tearful face on the neck of her beloved mare and tried to smother the ghastly metallic scent of blood in the corridor behind her. “Goodbye, dear Jada.” She forced her eyes from the sleek Andalusian and turned back toward the barn entrance.
Her breath strangled in her throat as she inched by the body of Diego Vargas, nobleman of Spain, sprawled in the passageway. She stumbled across the dark stable yard, and up the back stairs of the hacienda. Bursting into her bedchamber, she shoved the door closed, and leaned against it. Tears dripped onto her torn gown.
“Oh, my lady.” Her maid dropped the camisole she was laying out on the bed. “What has happened?”
“Diego Vargas is dead. He came into the foaling barn after I went to check on Jada and         he . . .” Her voice cracked. She clenched her eyes to stop scenes of his brutal attack assailing her mind. “He’s ruined me.” Her lips trembled. “And I stabbed him to death with my sword.”


Carmela gasped and her hand flew across her mouth. “Madre de Dios!” 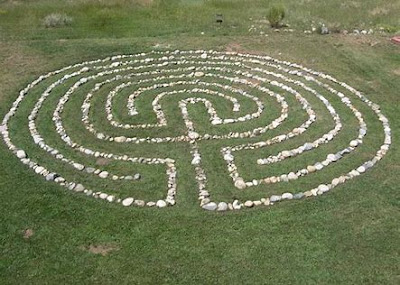 Aggie Perkins froze and gaped at the marble face of the man lying in the grass in the Meditation Labyrinth next to the chapel. A single bullet hole pierced his forehead. He was dead—dead as the proverbial door knob. He lay stretched out on his back with his hands folded across his chest.
When she could breathe again, she stooped and groped for her purse she’d dropped on the lakeside footpath. She never took her eyes off the deceased she knew as Mr. Guy Jensen. Poor soul. Who would want to go and kill an old man like him? He kept to himself. Never bothered anyone. She shook her head and tried to remember the last time she’d witnessed to him about the hope in Christianity as she manned the registration desk at Lambton Inn. He cut such conversations off as fast as they began. Well, he certainly knew about the hereafter now.
She sighed and then dug in her shoulder bag. Under a half dozen tissues, a too-pink tube of lipstick and sundry throat lozenges, she found her cell and dialed 911.
“Sheriff’s office.” A female voice responded fast and interested.
Aggie took a needed breath and willed her heart to quit rocking in her chest. She stumbled over the first words but cleared her throat and started again in her normal husky voice. “This is Aggie Perkins at Lake Juno Conference and Retirement Center. I’ve found a dead man, one of our residents, in our Meditation Garden. Is that new Deputy Dawson around?”
“A dead man? Are you sure he’s dead?”
“Of course I’m sure. I’ve seen a few deceased folks in my sixty years, young lady.” Then, not able to keep her eyes from returning to the terrible wound, she added with a shudder, “First time I’ve seen a bullet hole in a forehead, though.”

Do these openings tempt you to read more? Feel free to critique.

3) A Healing School 4-week Class (Speaking and Writing)
The pastor of the church we attend asked me to do a four-week teaching on what the Bible says about healing. These free classes will be held on eight Wednesday nights for one hour starting July 11- August 29. Each class will last four weeks, then be repeated as other classes are also being offered and folks can sign up for two classes.
I love to share what the Bible says about our wonderful healing covenant in Christ! I believe all this study, preparing handouts, and sharing will evolve into another Bible study I will publish on Amazon. I already have Book 1 indie published on Amazon, Power Over Satan. Book 2 will most likely be Power Over Sickness. Would you join me in prayer for God to move mightily in those who need healing, to draw those who need to come, and for me to share exactly what He would have me share?

Thanks for stopping by. Want to share your writing projects and help keep them fresh? Did my fiction openings draw you into the story? Do leave a comment and share this blog by clicking on the small icons below.