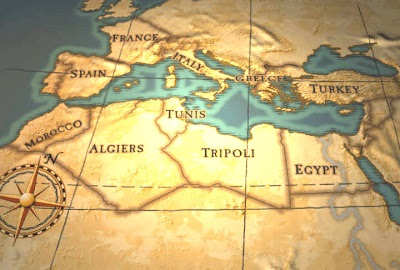 In my wip, an historical series set in  Charles Town in the 1700's and during the Barbary pirate era, I've been creating a vocabulary list for my readers. The plan is to add this at the back of the book(s) as an appendix.

It also helps me remember the unusual spellings.

Here is part of my list. Does it help open up this time period of sailing ships and pirates, especially Islamic Barbary pirates my Charles Town hero and heroine will confront?

1) Corsair: (from dictionary of Nautical history)

➤ a pirate, especially one based on the North African coast between the 16th and 19th centuries. Some were even from an English, French or Italian background who left or had to leave their countries for various reasons or crimes.

➤ a privately owned ship commissioned by a government to attack foreign ships, especially one based on the coast of North Africa.

2) tricorn
A hat with its brim turned up on three sides, making three points, worn by men in the 18th century

3) draught of a ship:
the draft or draught of a ship's hull is the vertical distance between the waterline and the bottom of the hull, with the thickness of the hull included. Draft determines the minimum depth of water a ship or boat can safely navigate. 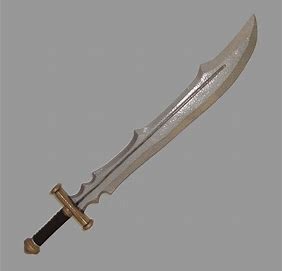 4) scimitar (sym’muh tar)
A short sword with a curved blade that broadens towards the point, used originally in Eastern countries. A saber having a curved blade with the edge on the convex side and used chiefly by Arabs and Turks, and Barbary pirates.

5) rak’ah
A rakʿah, consists of the prescribed movements and words followed by Muslims while offering prayers to Allah. It also refers to a single unit of Islamic prayers.

6) Tripolitan War, (1801–05),
Conflict between the United States and Tripoli (now in Libya), incited by American refusal (President Thomas Jefferson) to continue payment of tribute to the piratical rulers of the North African Barbary States of Algiers, Tunis, Morocco, and Tripoli.

Hope this has begun to open up the world of Barbary pirates to you that Thomas Jefferson, our newborn Navy and Marines defeated in America's first war on terror!

Elva Cobb Martin is vice-president of the South Carolina Chapter of American Christian Fiction Writers. She is a former school teacher and a graduate of Anderson University and Erskine College. She has two inspirational novels published with Lighthouse Publishers of the Carolinas. Summer of Deception, a contemporary romantic suspense, and an historical romance, In a Pirate’s Debt. Both have spent time on Amazon’s 100 Best Sellers List for Women’s Religious Fiction. She has indie published a Bible study on Amazon, Power Over Satan, on the  believer's authority in Christ. Decision, Charisma, and Home Life have carried Elva's articles. She and her husband Dwayne are semi-retired ministers. A mother and grandmother, Elva lives in South Carolina. Connect with her on her web site http://www.elvamartin.com,on Twitter www.twitter.com/ElvaCobbMartin; Facebook http://www.facebook.com/elvacobbmartin;  and Pinterest https://www.pinterest.com/elvacobbmartin
Link to her romance novels and non-fiction works on Amazon: http://amzn.to/2pOgVHI

Posted by Elva Cobb Martin, South Carolina at 9:25 AM No comments: