A Dry Dock Fast for the New Year

Do you do any kind of fast and prayer for the New Year? I always do some kind, whether Daniel's 21-Day prayer and fast of no pleasant bread (sweets) or just one week of fasting sweets, maybe meats, and TV to spend more time seeking God and His plan for us for the New Year. 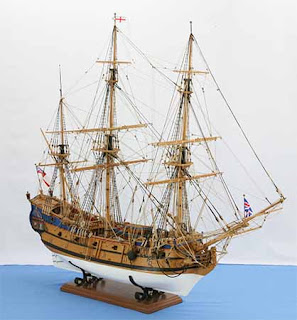 A prayer and fast is similar to dry docking a ship.

In my historical research of sailing ships I've learned why ships need to be dry docked after periods of service. According to Tom Hardiman, dry dock occurs when a ship is taken out of its normal surroundings in order to examine what has happened below the water line.


For example, after the USS Constitution had been in commission for about twenty years, this vessel, which had been nimble and easily able to change course, began to slow down. In dry dock ten wagon loads of barnacles were removed from its bottom. Barnacles are living crustaceans with a glue-like substance that attach to bottoms of ships. If not removed, these barnacles grow a hair-like substance that almost looks like a beard. Sailors know this as "Satan's Beard." It's a long trail of stuff that slows the vessel down and, if not removed, the vessel will never return to its original precision.

Dry dock for modern ships is a structured area wherein construction, repairs, changes, and maintenance of merchant vessels and boats are carried out. Do you need some dry docking? 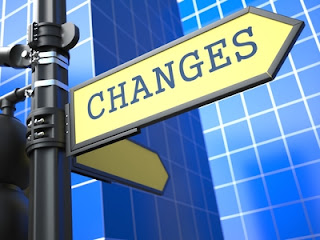 What has attached to you "below the water line" this past busy year? Fear, worry, disappointment, anger, grief, confusion? Satan's Beard, all of them. If these things aren't uprooted from your spirit, they will limit your effectiveness in 2018. They can even abort your having a successful year at all.

So I come aside in my special place, with my Bible and prayer journal, and I have some long talks with Father God at least the first week of each new year. We talk about anything concerning me, my successes, my failures, my time and how to spend it, my writing and marketing, our family finances, and any changes or wisdom needed. I date and write down what He says and confirming scriptures.

And He always also speaks something new into my life. In my year 2000 January fast when I'd been praying about our family finances and whether to make changes in our retirement investment, the Lord said, "If you don't become as concerned about your diet and health as you are with that little nest egg, somebody else will be making decisions about that money." Duh! I got the message. That whole year God began to show us some diet and exercise changes we need to make to our lifestyle if we wanted to live long and healthy. We made big changes and continue them.

Sometimes I didn't act as fast.  I think it was the 1998 January Prayer and Fast, when I was asking the Lord about our investments. He said, "Get totally out of the stock market." We had invested some retirement money in two small mutual funds that were currently earning 16-17%. (Are any of you old enough to remember those good old days?) Who wanted to move money earning good rates like that? I was sure I had misheard. So we did nothing.


In April I had a vision of an angel in the New York Stock Market.  When I asked the Lord about it, He said, "He's there to hold back the worse losses until more Christians can get their money out." I asked where to rollover our investment, but still received no direction. So, again, I let it slip.

In July on one of my busiest days of year, I was rushing to finish a 21-page prayer booklet that would be distributed to 45 churches in our county who were helping us put a 24 hour prayer cover over our Anderson, S.C. county. God said, "Get your money out of the stock market, NOW." This voice was like a parent's last stern warning to a disobedient child. I called my husband, told him what I'd heard. He agreed, but we still didn't know where to roll the money over to. I called our broker and told him to redeem all our shares and move them into a bank money market at about 2%. He thought we were crazy but he did it that afternoon.

Two weeks later the stock market took its first plunge of 300 points. One friend told us she lost $35,000 in that plunge. Our little nest egg sat safely in a bank money market.

The Lord later showed us to invest in rental properties for retirement income, which are going great. So our "dry dock fasts" have been a realigning, a revealing, and given us wisdom for important decisions over the years.

Thanks for stopping by. Please leave a comment and share this blog on your social media by clicking on the small icons below.

Elva Cobb Martin is president of the South Carolina Chapter of American Christian Fiction Writers (2014-2017). She is a former school teacher and a graduate of Anderson University and Erskine College. She has two inspirational novels contracted with Lighthouse Publishers of the Carolinas. Summer of Deception, a contemporary romantic suspense, and an historical romance, In a Pirate’s Debt. Both have spent time on Amazon’s 100 Best Sellers List for Women’s Religious Fiction. Decision, Charisma, and Home Life have carried Elva's articles. Jim Hart of Hartline Literary represents her. She and her husband Dwayne are semi-retired ministers. A mother and grandmother, Elva lives in Anderson, South Carolina. Connect with her on her web site http://www.elvamartin.com, her blog http://carolinaromancewithelvamartin.blogspot.com, on Twitter www.twitter.com/ElvaCobbMartin; Facebook http://www.facebook.com/elvacobbmartin;  and Pinterest https://www.pinterest.com/elvacobbmartin


Link to her romance novels and non-fiction works on Amazon: http://amzn.to/2pOgVHI