The Wrong Kind of Love - Gays 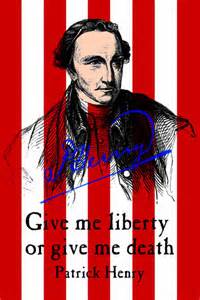 On this 239th birthday of our great nation I have decided to write about the recent black day in our American history. And it has to do with love, the wrong kind of love.

June 26, 2015, our United States Supreme Court ruled 5 to 4 (it was far from unanimous)that the Fourteenth Amendment to our U.S. Constitution requires a State to license a marriage between two people of the same sex and to recognise such marriages performed out of State.

The Fourteenth Amendment was added to our Constitution in July, 1868, as part of the Reconstruction laws after the Civil War to grant freed slaves the rights of all other Americans and rightly so. But how the five Supreme Court judges read anything into this amendment relating to gay marriage or marriage of any kind, I can't imagine. It has to be demonic.

Genesis 1:26-28 describe God's creation of male and female (not two men or two women)and His plan for man and woman and fruitfulness.

In Matthew 19:4-6 Jesus reaffirmed God's plan for marriage between a man and a woman:


"Have you not read that he which made them at the beginning made them male and female, And said, 'For this cause shall a man leave father and mother, shall cleave to his wife; and they shall be one flesh?' "


"And the Lord said, Because the cry of Sodom and Gomorrah is very great, and because their sin is very grievous; I will go down now and see . . . Then the Lord rained upon Sodom and upon Gomorrah brimstone and fire from heaven; and He overthrew those cities and all the inhabitants." Because of Abraham's intercession, Lot and his two daughters were saved by two angels and helped to escape.


These scriptures not only tell us plainly God's will for marriage and His judgment for homosexuality, they also reveal other important facts:

2) Abraham's intercession was vital to delivering and protecting people from God's judgment of this sin.

3) The good news from Sodom and Gomorrah is that God will not destroy the righteous with the wicked. Now that's great news for every believer who is standing faithful in our nation.

Here is a prayer I am praying for America: 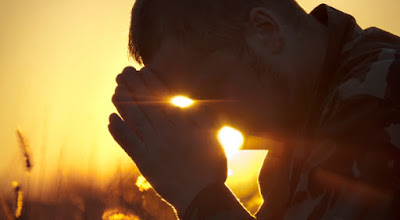 Father God, we praise and worship you as the one and only True God. We love and honor You, Your Word, and your commandments. We thank you for all your many blessings toward America. We grieve over and completely disagree with the ruling of our US Supreme Court legalizing homosexual marriage in our nation June 26, 2015. We thank you for the four judges who ruled righteously. We reaffirm our full belief in YOUR ETERNAL RULING in  Matthew 19:4-6 (Your plan for marriage), Genesis 1:26-28 (Your creation of male and female and fruitfulness; Genesis18-19 (Your first record of homosexuality and Your judgement), and Romans 1:26-27 (You never changed your mind).

We thank you that you have revealed that this battle is YOURS (I Chronicles 5:19; I Samuel 17:45) so we cry out to You and put our trust in You. It is not Christians that the gay alliance has come up against, it is You, --Elohim, the Creator of heaven and earth and male and female; El Shaddai, the All-Sufficient One; Adonai, the completely self-existing One revealed in Jesus Christ, Who is the same yesterday, today and tomorrow. We acknowledge and praise you as Jehovah Nissi. You are our Victory, our banner and Standard. Your banner over us is love. When the enemy shall come in like a flood YOU will raise up a banner against him.

We affirm our love for all people, regardless of their sin, including homosexuals. We reaffirm that any person can come to You in faith, repent (turn totally from their sin) and You will forgive and save to the uttermost and they shall not perish. (John 3:16-21; Romans 3:23; 6:23; 10:8-11) We ask you, Father God, to give a Damascus Road salvation experience to every homosexual and every one endorsing it and those who voted wrong people and the wrong party into office, and for and the five Supreme Court judges who greatly wronged You and our nation,  Reveal yourself to these today and cause those who have been strong advocates for the wrong to become stronger advocates for the right.

We ask your help, strength and supply for all the business people and many Christian employees who must now look for another job rather than align themselves with the gay agenda their employers endorse. Supply their needs abundantly. Give those in this battle a mouth and wisdom no adversary can gainsay nor resist. We affirm we are not battling against flesh and blood, but first of all it is a spiritual warfare. In Jesus name we bind all the ranks in Satan's kingdom: principalities, powers, rulers of darkness and spiritual darkness in high places over our cities, states and nation. We bind the homosexual and sex sin spirits running rampant. We loose the Holy Spirit of God, revelation, conviction and repentance.

Lord, protect our liberty in America as we celebrate our national birthday. Help churches and ministries do whatever they need to do for protection. We thank and praise you for this free nation, birthed by an unheard of hope at that time in history of liberty and religious freedom. Protect our religious freedom, Lord, to continue to practice our faith in wisdom and love.

Lord send a Great Awakening to your Church and our nation. Help me awaken and be wise as a serpent and harmless as a dove and the witness I need to be wherever I go, to whomever I meet. Help us know Your will in every situation.

We do not fret or have any anxiety about anything, but continue to make our requests known to You and the highest Court and Judge for all eternity. We thank You for Your peace that now garrisons around our hearts and minds, in Christ Jesus according to Philippians 4:6-8. We rest under your wings.
Amen 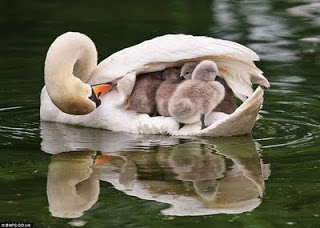 How do you feel about the Supreme Court ruling June 26?